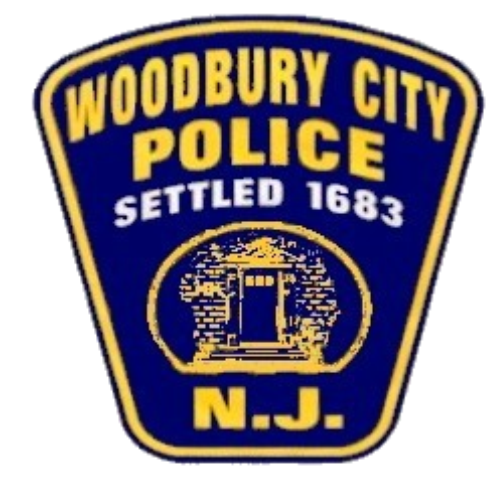 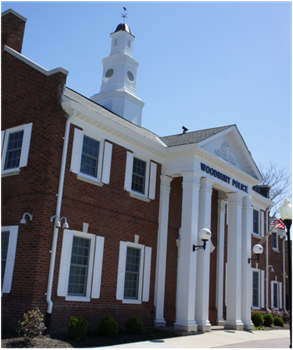 In October of 1876, Woodbury City Council passed an ordinance that states “an ordinance to establish a city Police Force, to regulate and define the manner of their appointment and removal, their duties and compensation.” The ordinance further stated that Council “shall have the power, at its discretion, to appoint, not exceeding six policemen.” The salary at the time was $1.50 for each ten hours of actual service. The Committee on Vice and Immorality oversaw the policemen.

In November of 1876, William R. Dopson and Henry Fitz were appointed as the first policemen of the City and sworn in by the City Clerk. They were not given uniforms. The Committee on Vice and Immorality purchased two belts, two billies and two stars for the officers, at a total cost of $7.00.

In 1900, John Geitz and Harrison J. DuBois were elected policemen by City Council. The salary was increased to $50.00 per month. In 1903, William McDevitt joined the force and at about this time a standardized uniform was proposed. “A blue uniform with one row of buttons and blue caps would be used by the policemen and purchased at their own expense.” City Council agreed to pay for revolvers and lanterns, to be used by the policemen, and they would remain the property of the City.

In 1908 Mayor Ladd was authorized “to purchase a pair of bloodhounds to be used in the detection of that class of criminals who prey upon women.” In 1915 a bicycle, “not to exceed in cost $35.00” was purchased. The first bicycle officer was Clarence Redfield. Redfield became a familiar sight, making his rounds on ice skates during severe winters when the dirt roads became ice covered.

By 1917 the Woodbury City Police Department had four Patrolmen who each received $80.00 per month. The officers worked alternating ten hour shifts, six days a week. During this time period Police call boxes were installed on utility

poles throughout the City. City Council authorized “that a Ford auto be purchased for the use of the Police Department” in 1921. The first Police Car operated in Woodbury was a Model T Ford Touring Car. The car had “snap in” windows and a roof that folded back. 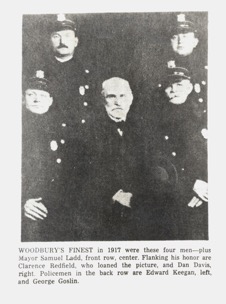 In the late 1920s the Police Department maintained a one-room headquarters in the rear of the Friendship Fire House on Russell St. The City was divided into three wards that were each assigned a policeman who would be on duty, walking the streets, all night long.

In 1929 an ordinance was passed that created the Office of the Chief of Police, two positions of Sergeant of Police and one Police Recorder. In addition to the regular salary, Sergeants were given an increase of $150.00 per year and the Chief of Police received an additional $300.00 per year. The first Police Chief was Burton J. Magee, followed by James A. Lynch, George Carey, Herman L. Peters, Emerson Goldy, Ralph M. Braithwood, F. Dean Kimmel, Craig W. Hoelbinger, Karl J. Kinkler, Reed A. Merinuk, and the present Chief of Police Thomas R. Ryan.

Throughout the years the Police officer’s uniforms and equipment have been modified and changed. Some of the changes were strictly cosmetic while others have been necessitated by the officer’s duties and the current day nature of police work. Other changes have occurred as technology has evolved. One of those changes occurred in the 1980s when the City began issuing officers bullet resistant vests. Initially, the City bore the expense of the vests but now they are purchased through State and Federal grants.

As the quality of life of Woodbury Citizens continued to improve, the property where the Sub-station was located was turned back over to the people of Woodbury to encourage business at its location.

The Police Department has continued to grow and evolve along with the City. The Police call boxes have been replaced with state of the art, two-way radios and a comprehensive computer system. Officers today patrol the City’s streets primarily in specially equipped vehicles. Some other vehicles are used for special duties and to this day, officers can be seen patrolling the City’s streets on bicycles and on foot. In recent years the department has reestablished its K9 Unit, special law enforcement officer, class 1 program, and also added a housing officer. 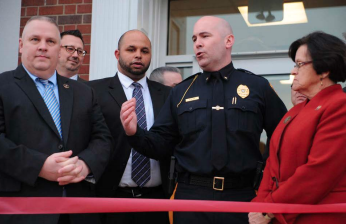 In late 2014 the City purchased the property of 220 South Broad Street; which used to house several different banks. The building was completely refurbished and was reopened in January of 2016 as our new state of the art police headquarters. The building was designed with best practices in mind and is packed with technology from body worn cameras and a bar coded evidence system. The working environment in our new building is much better for officers and allows the department to better serve our citizens. The department has become committed to continuously finding new ways to efficiently and effectively serve the community.